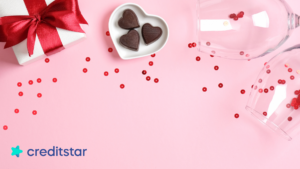 Valentine’s Day Traditions Around the World

Valentine’s Day is a highly anticipated celebration all over the world. The origins of Valentine’s Day are unclear, however, it’s believed that the holiday has its roots in ancient Rome where it was first known as Lupercalia. At the end of the 5th century, it was officially replaced with St Valentine’s Day, named after the patron saint of lovers.

Nowadays, February 14 is most commonly celebrated by exchanging cards, flowers, chocolates and other gifts.

However, many countries have managed to add personal touches to the holiday by following their own unique traditions. Learn how the “Day of Love” is celebrated in different places around the world, and who knows –  you might even find an interesting idea for this year’s Valentine’s Day!

In Japan, Valentine’s Day is celebrated on two different dates. Women are the ones to make the first move and present gifts to their loved ones on February 14. A month later, on March 14 or “White Day”, men return the gesture.

Women usually give men one of two types of chocolate: giri choco or hon-mei. Giri-choco is given in a non-romantic sense to friends or colleagues. Hon-mei is usually prepared by the women themselves and given to boyfriends or husbands. Then on March 14, men shower women with even fancier gifts and chocolate.

In Germany, people celebrate Valentine’s Day by exchanging flowers, chocolates and pig-shaped gifts. Pigs are considered a symbol of luck in Germany, so it’s common to give chocolate pigs, pictures or ornaments to your loved ones on Valentine’s Day.

France is considered to be one of the most romantic destinations in the world. So it’s no surprise they have long celebrated Valentine’s Day as a day for lovers.

Unlike some other countries, in France, Valentine’s Day is only for people in love. This means that friends, colleagues or parents don’t get any gifts or heart-filled cards. Couples celebrate the day by enjoying romantic dinners and exchanging small gifts.

In the village of Saint Valentin, a two-day festival takes place every year which includes exhibitions, walks and candlelit dinners.

As carnival is usually held in February, Brazilians opt to celebrate Dia dos Namorados (Lover’s Day) instead of Valentines Day. Dia dos Namorados is held on June 12, in honour of St Anthony, the patron saint of marriage. It’s a day when couples go out to a nice dinner, send flowers and exchange gifts. In addition, various music festivals and dance performances are held throughout the country.

In the Philippines, simply giving flowers or exchanging gifts isn’t enough. In recent years, it has become popular to take part in mass wedding ceremonies on Valentine’s Day. This has made February 14 the most popular wedding anniversary in the country. These ceremonies are sponsored by the government to help people who can’t afford to pay for their wedding. The package even includes cakes, flowers and wedding rings.